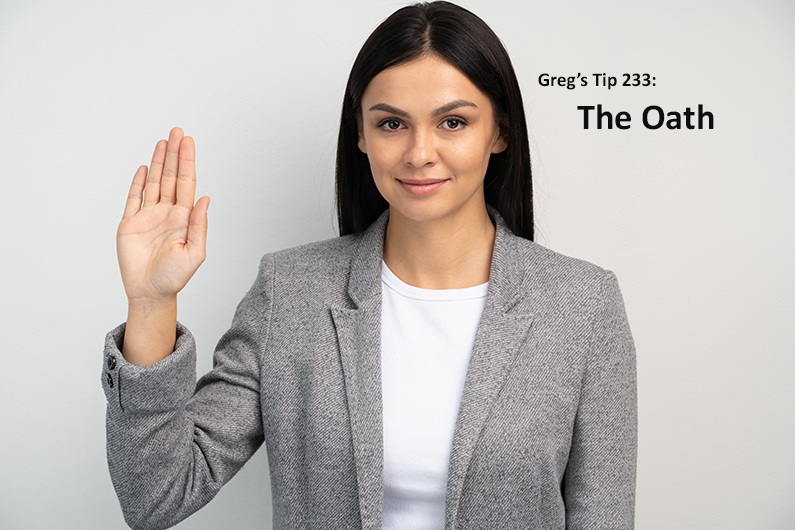 Last week I enjoyed a pleasant face to face breakfast with a colleague I hadn't seen in several years. We walked a couple of blocks from my house to a beautiful, newly opened patisserie. It was almost symbolic of a new beginning, as many of us emerge from our dwellings to reestablish valued connections.

After the usual updates on family, health and business, our conversation turned to ethics in business. I told him about a research paper I have been working on for this year's International Society of Franchising Conference, which suggests the franchising sector needs to move beyond legal codes to a more ethical framework to guide the behaviour of its actors.

At this point my colleague pulled a book out of his bag, and opened it at a bookmarked page. He pointed to the following words which were highlighted:

Trust is the foundation of my profession.
I will serve all interests in good faith.
I will compete with honour.
I will pursue my ends with ethical restraint.
I will help create a sustainable future.
I will help create a more just society.
I will speak out against wrongdoing and support others who do the same.
I will accept responsibility for my actions.
In these and all other matters;
My word is my bond.

Some of you will recognise this. It is the Australian Banking and Finance Oath, developed by the financial services industry after the Global Financial Crisis of 2008, to encourage reflection on what it means to behave ethically.

I was a little surprised, as the banking industry in Australia has recently been through a Royal Commission that exposed systemic bad behaviour which was, at best, ignored or, at worst, endorsed by senior executives. Many lost their jobs and were publicly disgraced.

I was also uplifted to read this as I am a fan of oaths, and I didn't know this one existed. My colleague explained the Oath is a voluntary process that individuals who work in this industry can choose to sign up to annually.

"Have you taken the oath?" I asked. "Yes" he replied matter of factly. This didn't surprise me as I have always found him to be a person of deep integrity. He added that he felt his industry had definitely strayed from its roots, when bank managers were the pillar of the community.

It got me thinking. When I started my business in 1989 the local bank manager was one of my most important supporters. I regarded him almost like an uncle. We met weekly in his office, where he provided encouragement, light hearted conversation, advice, and support that went way beyond the $5,000 overdraft we negotiated over tea and biscuits.

My wife's father, Ralph, was also a bank manager in country Australia mid-last century. Their family would move every few years to a new town, where they would often live above the solid stone building in the centre of the town's main street. She talks fondly of the esteem her father, and also her mother, were held in these local communities, involving themselves in a range of church and social activities such as the girl guides, Country Woman's Association and local drama groups.

Unfortunately Ralph, who was a heavy smoker, died young from a sudden heart attack at the age of 55. He and Joan were visiting family on an isolated farm and couldn't get help to save him. But what life took away from Ralph it gave to Joan. She carried on as a single mum to bravely raise her four children. Last month Joan enjoyed her 106th birthday in good mental and physical health, surrounded by an adoring extended family.

As Joan mourned the loss of her husband, and reestablished herself in Melbourne where she bought a house (in which she still lives independently today), the bank was always there for her. And would you believe Joan continues to receive a five yearly widow's stipend to this day. I sometimes wonder what the CFO of that bank's division has thought as they approve this generous legacy from an age when commitment to community went deeper than today's PR lead corporate social responsibility strategies.

There is indeed good psychological evidence that regularly taking an oath or a pledge does increase the likelihood of ethical behaviour, as it reminds us of what's important. It's certainly not a cure-all for the ills of a materialistic society gone nuts, but it can be a step in the right direction. Several of our clients, such as Neighborly, use a code of values with great effect to reinforce personal as well as business best practice.

By the way, if you want to learn strategies and have some useful discussions on what it means to be a best practice franchisor, you might like to consider participating in our next Franchisor Excellence Masterclass, starting April 26, and particularly suited for European and South African time zones. And if you're interested in how to put ethical franchising into practice, I'd especially love to have you on the program.

If you are a Boomer or Gen Xer you probably remember the movie, Patch Adams. It's the inspirational true story of physician, Hunter Adams, (played by Robin Williams) who sets
Read More

Enlightening Tips from a Professor of Productivity

I arrived 15 minutes late due to an unrealistic back-to-back meeting schedule, ironic given the webinar was on solving work overload problems. But I was quickly in the groove, listening to Bob Pozen's
Read More

The 60/40 Rule for Improving Relationships

A few weeks ago, I attended the wedding of my nephew. It was a beautiful event held in the forest on a mountain top near my brother’s home. As we waited
Read More