The Franchise Relationships Institute (FRI) was established in 1989 by business psychologist, Greg Nathan, who had previously been a multi-unit franchisee and senior franchisor executive. At the time, Greg was surprised at the lack of quality information available on how to be a successful franchisor or franchisee, or how to manage the common stresses within the franchise relationship. Seeing an important need, he used his psychological training to create evidence-based tools and techniques for franchisors and franchisees, to help them understand the factors important to their mutual success and satisfaction.

Since 1989, FRI has since conducted extensive research with hundreds of franchise networks around the world on what helps or hinders healthy franchise relationships. Several popular books, such as Profitable Partnerships, have been published, and a number of important discoveries made. The first was The Franchise E-Factor, a model that explains the inherent tensions in the franchise relationship. Useful collaboration techniques have been developed for preventing conflict and improving communication in large meetings, such as the Group Scoop. A number of objective psychometric tools have also been created, including the ACE Franchisee Survey for measuring franchisee satisfaction, and the Nathan Profiler, for assessing franchisee suitability.

Whenever new discoveries have been made, these have been integrated into FRI’s professional development programs and conference presentations.  It is this passion for sharing evidence-based tools and information that has established FRI as the world’s most trustworthy resource for helping franchisors and franchisees create healthy franchise relationships.

Discovery of the Franchise E-Factor Model 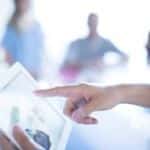 Publication of The Franchise E-Factor 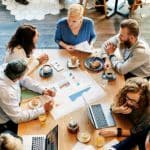 Creation of the Franchisor Wheel of Excellence Model

Creation of the Franchisee Wheel of Excellence Model 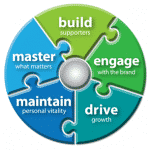 Awarded Franchise Supplier of the Year

Over the following decade, FRI expanded its multidisciplinary team and partnered with leading academics in the field of business psychology with a mission to create evidence-based, franchise-specific assessment tools and training programs, specifically designed to foster profitable partnerships in the franchising sector. FRI is now recognised as the world’s pre-eminent provider of evidence-based, franchise-specific assessment tools and training programs, and is proud to have worked with over 500 franchise networks to date.

We have built a reputation for quality, value, and trustworthiness by staying true to three brand values:

We also have seven cultural values that guide us day to day, and ensure we continue to deliver value, maintain quality, and grow personally:

How We Give Back

In addition to the contribution we make to our clients, the FRI team has consistently donated time and money to community, business, and educational projects. These include: